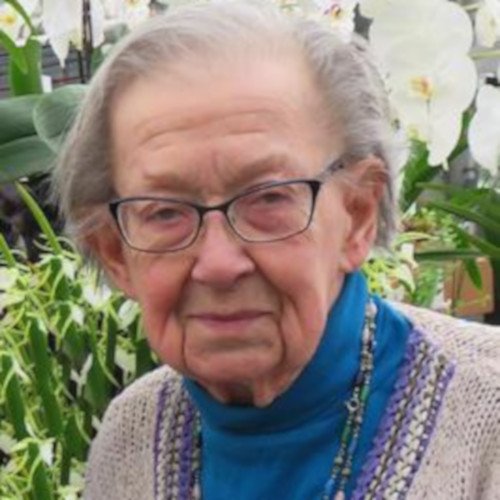 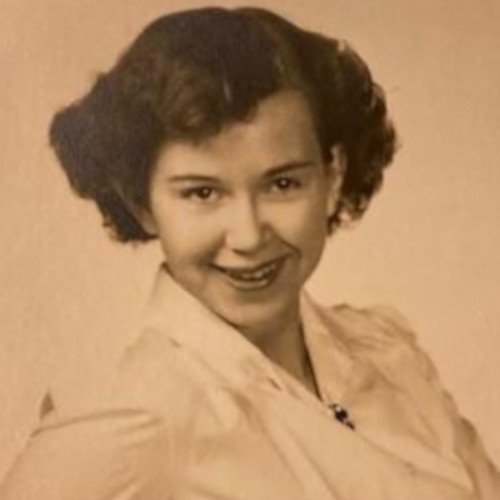 A gentle and courageous soul has left this earth. Julia W. Bishop passed away peacefully with family by her side on March 2, 2021, a few days before her 95th birthday.

Julie was born in Chicago, Illinois, to Chester and Clara (Barton) Wright. After living in many states with a growing family, she settled in East Lansing in 1964. She completed her B.A. in Psychology at MSU. An adventurous woman, at age 19, Julie bicycled from home in Chicago to Florida and later made trips to turbulent Central America to protest U.S. military and intelligence engagement. She was also a lifetime member of GL-UNA, including as a volunteer in the United Nations store in Lansing on West Michigan Ave. in the 1960s-1980s.

Throughout her life, she valued gaining new skills and learning about other cultures. She was a loving mother, grandmother, great-grandmother, aunt, friend, pet-owner, and caretaker to the world. Julie raised six children. She was proud of her children and considered them to be her greatest accomplishment.

Julie shared her love of books, music, cats and dogs, gardening, orchids, beautiful art, and tasty food with everyone she cared about. Her talent for shopping for meaningful gifts for family and friends, for art, and for people in need was amazing, for instance, always shopping the post Christmas toy sales to contribute the following year to an Edgewood Church project to provide toys for parents in prison to give to their children. She paid attention to what people enjoyed or needed; nobody escaped her generosity! This included decades of shopping for people in need so they could have something new to call their own.

She also was a generous donor to local, national, and international groups. Julie was an activist and inspired many with her life of service and her tireless dedication to peace, social justice, and the environment. She was a member of many organizations that supported these ideals and continued to attend marches, demonstrations and protests into her 90s.

Julie received at least four recognition awards from GL-UNA for her continuing work to support UNA causes, including one for being the “GLUNA UNICEF Coordinator” for five years in the 1970s. PEC gave her the Lifetime Peacemaker Award too. She was involved in the founding of the Lansing area chapter of the Women’s International League for Peace and Freedom, was a passionate supporter of the Michigan Nuclear Freeze movement on U.S. Nuclear Policy (SANE), and participated in protests against U.S. interventions in Central America, Vietnam, etc. Julie was involved in many causes for peace, nuclear disarmament, women rights, civil rights, gay rights, reproductive rights, the environment, opposition to US military intervention, homelessness, domestic assault, and underprivilege, — As Sheila Taylor said at her memorial, “Julie found in herself the courage to speak up, stand up, and require the world to be a better place,”

Julie was passionate about supporting the United Nations and especially UNICEF for its care for the world’s youth, annually vaccinating one-third of the world’s children against major childhood diseases and now in charge of the global WHO program to disseminate and administer COVID-19 vaccines in the Global South.  Year after year, Julie purchased UNICEF cards and gifts to sell at local churches and the PEC Alternative Holiday Fair, donating all the proceeds to justice and peace programs in the Lansing area.

As she devoted all of her time to these causes (and on the side to cats and to orchids) The Natl Orchid Assn gave her an award too! At her memorial there were cards with Julie’s favorite quotes. One was John Muir, “When we try to pick out anything by itself, we find it hitched to everything else in the universe.” Another was from Julie, I think, “Some people like and care for cats but otherwise lead normal lives.”

Hers was a life well lived, full of people who loved and respected her and the way she made the world a better place. Julie had the kind of heart and spirit that this world needs. Her memory will light our lives and our way forward. We are blessed to have known her and to have had her for a lifetime in the legions of American supporters of the United Nations.