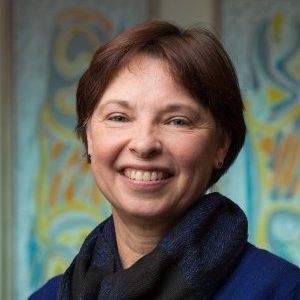 Waltz began her research career studying the development of human rights in Morocco, Tunisia, Algeria, and Libya. Later, she studied the historical contributions of smaller nations in shaping the Universal Declaration of Human Rights. She documented the important role of non-governmental organizations and activists in advocating for the development of human rights treaties, including the Convention Against Torture.

Susan Waltz’s work as an advocate and activist for human rights has been informed by her prodigious high-quality scholarship that has given legitimacy and standing to her ethics and policies.

She has volunteered in a variety of capacities for Amnesty International – as an expert on North Africa, U.S. delegate to International Council Meetings, as the first American to serve as chairperson of Amnesty’s International Executive Committee, and as a member of its international governing board.

For twenty years she has been involved in Amnesty’s work on weapons transfers, making numerous presentations at the United Nations and elsewhere to promote the Arms Trade Treaty.

Waltz’s knowledge of the major impacts of U.S. weapons exports in human rights violations around the world led her to work to curtail extralegal traffic in weapons and to strengthen the legal order governing trade in weapons and pushing the U.S. to support the International Arms Trade Treaty in 2014 which subsequently was signed and ratified by 104 nations. Recently, she has worked to reverse the Trump administration’s plans to loosen controls on the export of semi-automatic weapons.

Throughout her career, Susan Waltz’s work has been shaped by the core commitments and practices of her Quaker faith. This led her to serve on the board of the American Friends Service Committee and direct both AFSC’s International Program Executive Committee and the Quaker United Nations New York office that works to reduce conflict and support peace. 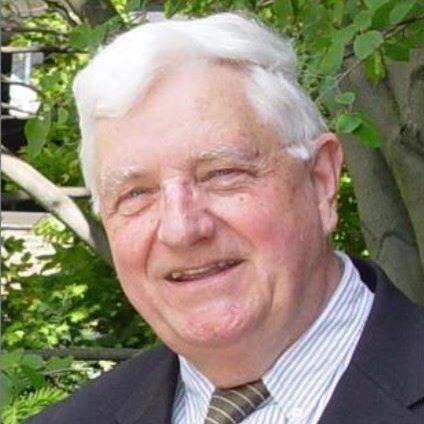 David Wiley, Professor Emeritus in Sociology and African Studies at Michigan State University, has shown a lifelong commitment to international cooperation and to the United Nations as a scholar and through his civic engagement. Dr. Wiley worked with others to co-found anti-apartheid organizations across Michigan, New Jersey, Wisconsin Princeton, and the nation. He participated in efforts at MSU to advocate for the first total divestment of the university’s holdings from companies operating in South Africa, the first such sanction nationally. His commitment to anti-colonial and anti-apartheid efforts spanned decades.

During Dr. Wiley’s 31 years as director of the MSU African Studies Center, it was designated as a U.S. National Resource Center for African Language and Area Studies. The Center has grown to be the largest such faculty in the nation, producing more work on African development and more Ph.D.s than any other U.S. university. As national president of the African Studies Association, he lead the effort to develop a policy of ethics in research in Africa including declining U.S. military and intelligence funds for African studies, a position adopted by all the major U.S. African Studies Centers and the African Studies Association. At MSU, he also became a co-founder of the Center for Advanced Study of International Development, the Women in International Development Program (now Center for Gender Studies in a Global Context), and the Institute for International Health.

Dr. Wiley was one of the founders and co-chair of the national Association of Concerned Africa Scholars to create a group where white and African-American scholars of Africa in the U.S. could work to seek a more pro-African U.S. policy. He worked to build equitable partnerships between the scholars of Africa in the U.S. and the scholars in Africa. His efforts led to guidelines that called for transparency, reciprocity, and equality in U.S. research, scholarly, and academic partnerships with universities in South Africa which led to the adoption of similar guidelines across the U.S. and Africa.

As Vice Chairperson of U.S. National Commission for UNESCO from 1982-85, he headed the effort to keep the U.S. from withdrawing from UNESCO and terminating its funding. He continues advocating for the United Nations in his role of Vice President for Advocacy in the Greater Lansing United Nations Association.